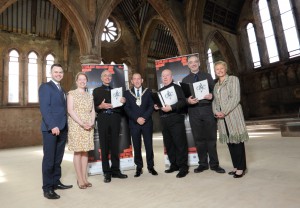 Belfast Buildings Trust and Northern Ireland Opera today announced the creation of a unique community chorus for The Belfast Opera. A special “Come and Sing” event as part of Culture Night 2015 will be the first in a series of recruitment events. The chorus will involve 120 people with little or no singing experience, from across Belfast, performing in the world premiere of The Belfast Opera in June 2016.

Commissioned by Belfast Buildings Trust, The Belfast Opera is a once-in-a-generation experience for people to get involved in creating an opera to tell the story of Belfast. The project will involve hundreds of people in the development, performing and creating of a brand new opera about Belfast as a place of ambition and confidence.

The next phase of the project involves recruiting a chorus of 120 people. The first event in the recruitment drive involves three drop-in taster workshops between 6pm and 9pm on Friday 18th September in Rosemary Street Presbyterian Church as part of Culture Night 2015. Participants who gather on the hour will get take part in some typical warm-up exercises and then rehearse a song for a performance on the half-hour. The event is open to everyone to see what is involved in a community chorus and, like all Culture Night activities, is free of charge.

Monthly workshops will be held over the winter for the chorus to be developed. A series of schools workshops will also be held throughout the city during the autumn to encourage teenagers to get involved.

Joining him in Carlisle Memorial Church, Cliona Donnelly from Northern Ireland Opera, added that “We are thrilled to be launching the chorus during Culture Night 2015. The “Come and Sing” event is about letting people see that opera is for everyone. There are no auditions for the chorus. This is about getting people from all walks of life involved in telling Belfast’s story.” 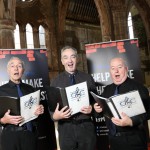 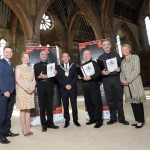