How do you write an opera?

“How would you even start to compose an opera?” I asked myself several times last year. After a goodly dollop of initial panic and wondering, at one level, the answer became straightforward enough – “with the words”; (at another level, much less straightforward, of course). But once the brief was set and the librettist Glenn Patterson, the production team and I began talking, a shape began to emerge: a story of here, of Belfast, of her citizens. For me as a composer, once you begin to recognise the human elements of any story, things begin to find you…..chords, bits of melody, strains, fragments. Over the months from September onwards, Glenn would feed me sections of the text, and I would go about setting them to music. The sections for the chorus were some of the earliest written – the chorus that will be drawn from the community. And that very thing informs how you write, and what you write – not in a restrictive way, but rather it becomes a positive challenge of another sort. 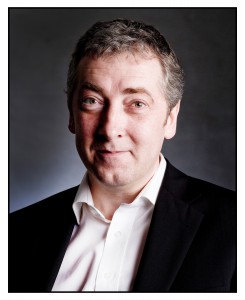 As the choral writing progressed, I began to think of the orchestral forces that I would like to use. In doing this, I was mindful of the venue, Carlisle Memorial Methodist Church, and how certain instruments (and their balance with others) would sound. A further key element was when we were able to secure the conductor David Brophy. Himself and myself have collaborated often for more than a decade, and once David was at the helm, I knew that there was no safer pair of hands to steer the ship.

And we have just auditioned for the four professional soloists, another milestone on the fascinating journey of having the huge privilege to write an opera about Belfast. Some journey. And much more writing over the months ahead.